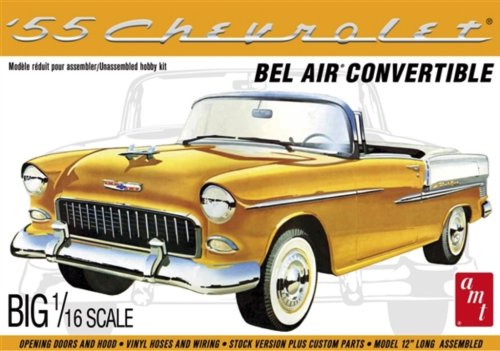 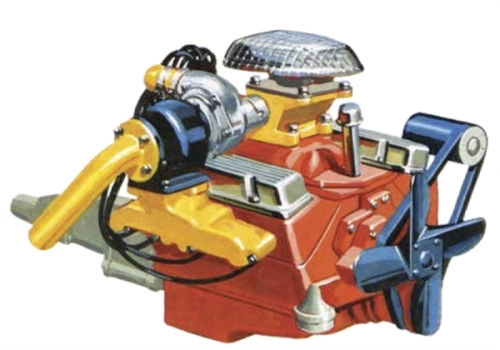 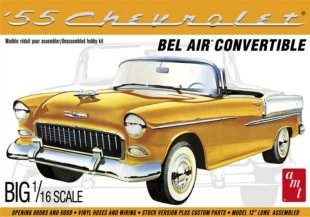 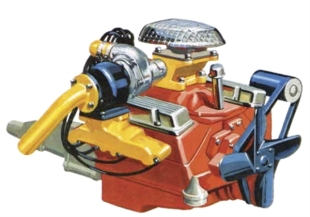 The 1955 Chevrolet offered many firsts for Chevrolet, including changing from a 6-volt to a 12-volt electrical system. Similarly, the '55 offered new options like air conditioning, power windows, power seats, power steering and power brakes. Other options included automatic light dimmers, door handle protectors, bumper protectors and "wonder-bar" radios. So many new options were available that some referred to the car as "Chevy's little Cadillac." Never before had so many options been offered for a car in the low-price field.
The 55's top trim offering was the Bel-Air, which had more chrome than the 150 or 210. The Bel-Air, 210 and 150 model could be bought as a four door, or could be bought as a two door with a post between the front and rear passenger windows, known as the two-door sedan.
The Bel-Air or 210 model could also be had as a two door with no post between the side windows. This was known as the sport coupe, or better known by collectors as "the two door hardtop". Since this model had no post between the two side windows, it had a shorter roof and longer rear deck than the two door sedan had. Chevy also offered a convertible, with the same shorter roof and longer rear deck as the sport coupe, and it was offered in Bel-Air trim only. Not available since the 1970's kudos to our friends at AMT for bringing back this classic kit.
You Might Also Like 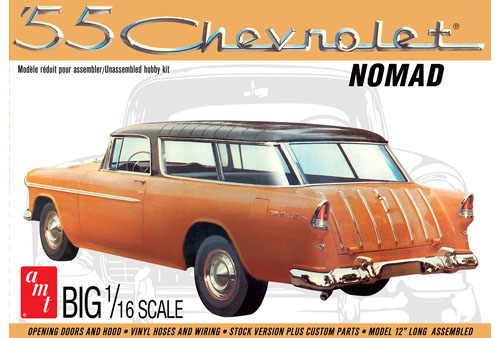