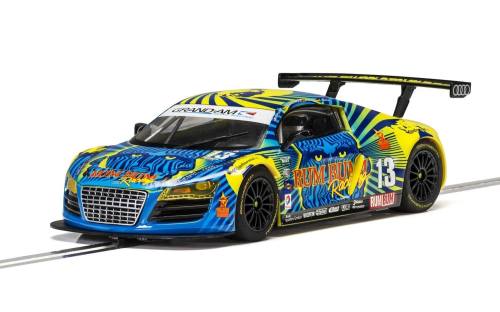 #57 C3854
$75.00
This item is currently Out Of Stock
Pre-Order Now and we will dispatch your order the moment it becomes available.
Scale 1/ 32 Brand Scalextric Overview

The 2013 Rolex Sports Car Series season was the fourteenth and final season of the Grand American Road Racing Association's premier series, before merging with the American Le Mans Series in 2014. It began on January 26, with the 51st running of the 24 Hours of Daytona. Rum Bum Racing entered the event this year running an Audi R8, after a disappointing Qualifying they would start the race in 32nd position, however they managed to stay clear of danger during the gruelling race finishing 15th overall and 7th in their class.