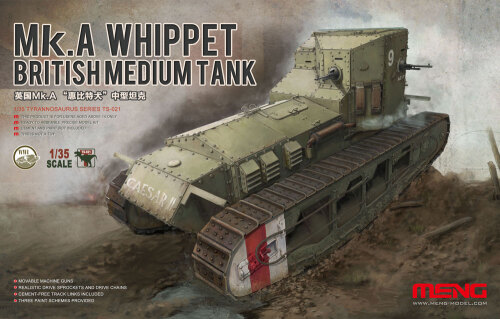 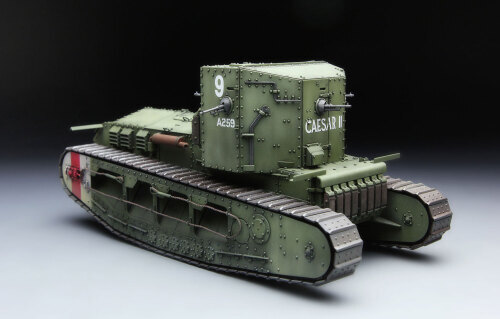 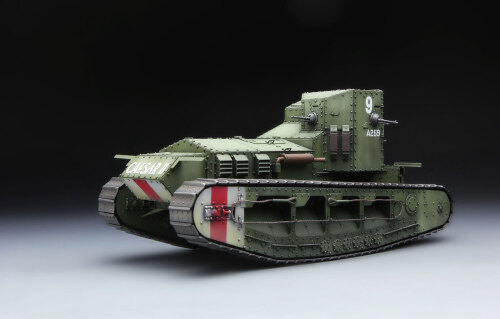 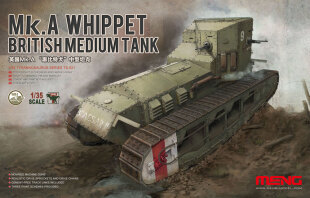 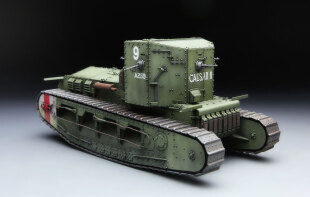 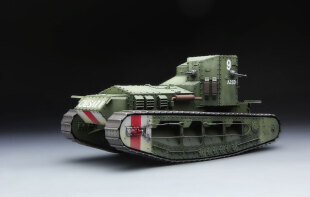 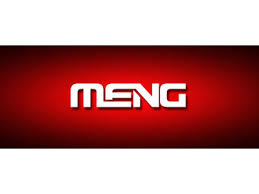 The British Mk.A Whippet medium tank was developed to make up the limited mobility of the British Mk.I heavy tank and to destroy residual enemy forces in the battlefield. The tank was 6.1m long, 2.6m wide and14t heavy. It had a crew of 3. It was powered by two 45hp Tylor JB4 petrol engines which drove one track each. Its top speed could reach 13.4km/h. The polygon machine gun turret equipped with four Hotchkiss MGs was on the rear of the hull. In total, 200 Mk.A Whippet medium tanks were produced. It first saw battles in March 1918. After WWI, it was still active in the conflict areas such as Ireland and Russia. The Imperial Japanese Army once purchased six Mk.A tanks. 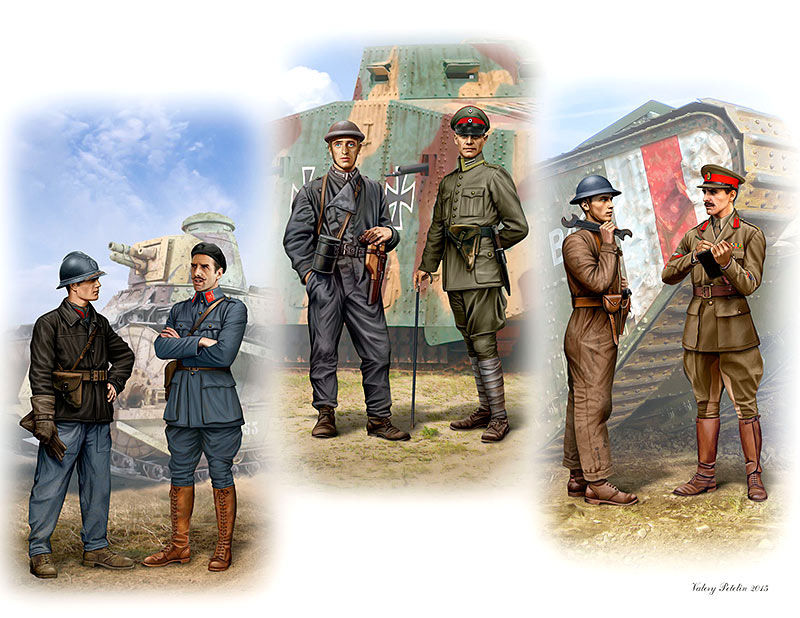