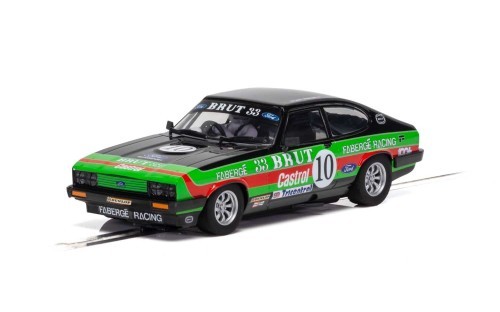 A staple of the British Saloon Car series in the 1970s Stuart Graham initially began as a motorcycle racer, riding in the Honda works team and later for Suzuki in the 50cc and 125cc world championships. He is known for racing a similarly liveried Chevrolet Camaro in the BTCC, then moving over to this 3.0 MK3 Capri in the later 1970s. It was raced with some success both at home and in Europe throughout this period, and in its Brut 33 livery looks every inch the 1970s touring car. With a powerful V6 and a great chassis the car was an excellent racer.