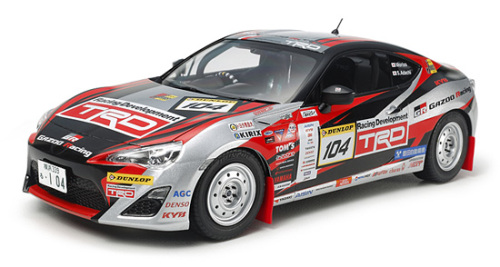 Taking the Company Car for a Spin

The Toyota 86 was released in April 2012, a front-engine rear-wheel drive sports car powered by a 2.0-liter four-cylinder engine. Since then it has also enjoyed popularity in motorsports, including this GAZOO Racing vehicle entered in the 2013 TRD Rally Challenge series. The series provides a cost-effective way of participating in motorsports, as aside from the addition of safety equipment such as a roll cage and fire extinguisher, cars are little altered from their production versions. Interestingly, it was Morizo (aka Toyota president Akio Toyoda) who piloted this No.104 car to 2 victories from 5 races, good enough to take his class' title.