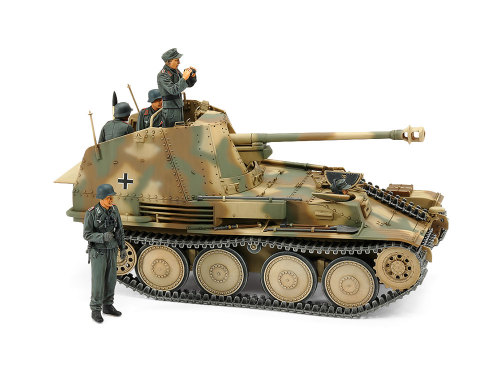 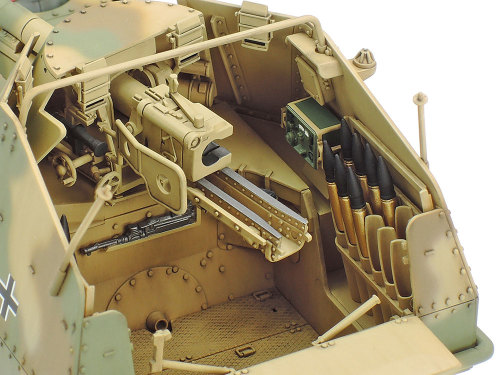 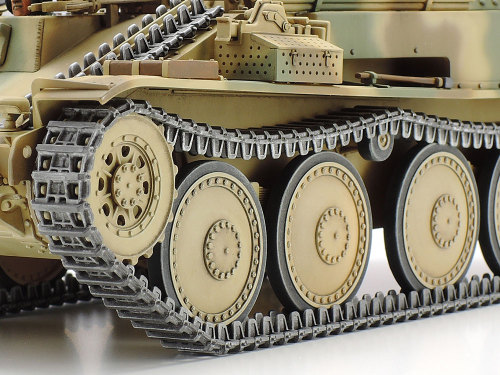 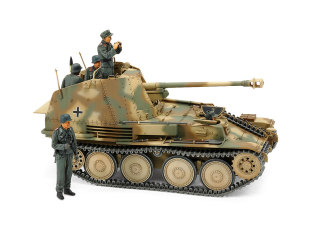 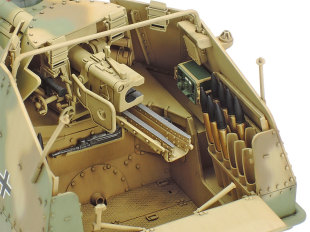 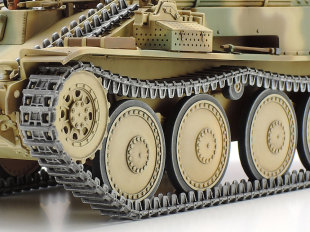 Called to Normandy
The Marder III M was the last of three German tank destroyer variants based upon the captured Czechoslovak 38(t) tank, and sported a powerful 7.5cm gun in an open-top fighting compartment. As the Allies pushed on from their Normandy landings in June 1944, Marder III Ms were on the scene in a largely defensive struggle against enemy armor.

About the Model
★This is a 1/35 scale plastic model assembly kit. Length: 149.5mm, width: 61mm. ★The distinctive, compact form of the AFV is captured with aplomb. ★Detailed interior really catches the eye. ★Assembly type tracks feature single piece straight sections. ★12 depictions of shells are included, and can be stowed in the rack. ★Features a photo-etched part to capture the muffler cover. ★Includes four full body figures and one torso, plus two marking options.