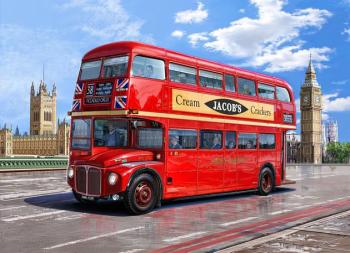 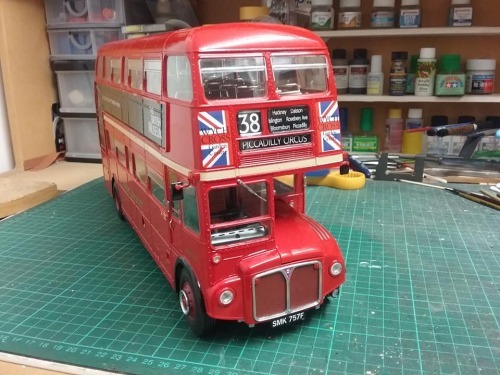 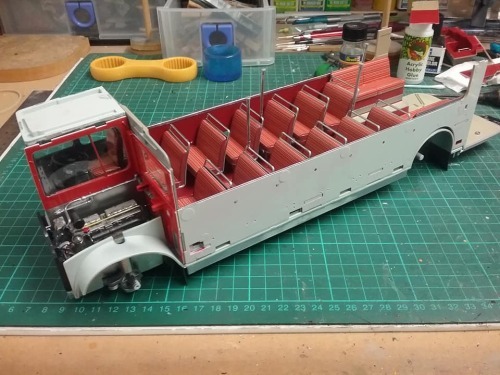 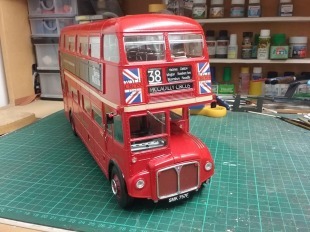 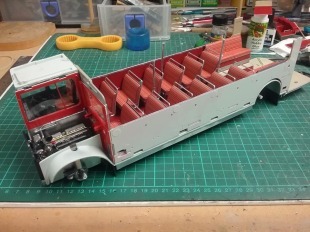 The AEC Routemaster was presented to the public for the first time in 1954. Compared with the previous bus types the Routemaster, with its integral chassis and bodywork design, was considered to be a real innovation. The double-decker, which was mass produced from 1958, was in particular characterised by the open boarding platform on the rear left allowing quick hop on and off . At the end of the 1950s a change in regulations allowed in addition the operation of over thirty-foot long buses on only two axles. Some Routemasters were subsequently divided in the middle and a central bay inserted in the middle recognisable by square windows. The new bus type, the Routemaster Lengthened, in short RML, now had room for a total of 72 passengers. The resounding success with 15 test vehicles persuaded London Transport to order a further 500 of the RMLs, which were produced from 1965 to 1968. In the 1970s more and more RMLs were in service in central London. With the constant presence of the double-deckers, kept in the typical red, on almost all routes the image of the Routemaster as a typical symbol of London was noticeably consolidated. Not until in 2005, after almost 50 years of continuous use, was the general operation of this hallmark of London discontinued.
ROUTEMASTER is a registered trademark of Transport for London.

FIGURES NOT INCLUDED IN THE KIT!