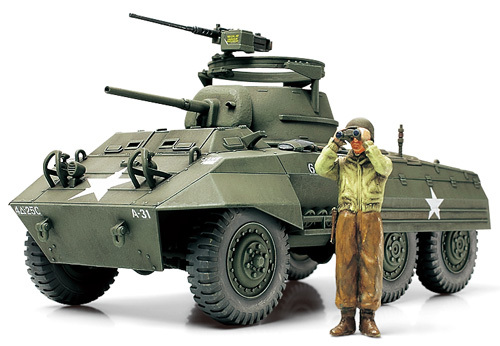 【 The Eyes of the Army 】 With a top speed of 88km/h, the M8 Greyhound lived up to its name as a fast reconnaissance vehicle for Allied armies. The M8 was equipped with a liquid-cooled 110hp gasoline engine that powered all six wheels, giving it excellent off-road capability. An open-top turret armed with a 37mm cannon and M2 heavy machine gun also gave it a powerful punch for supporting infantry. Approximately 8,500 were produced during WWII, serving in motorized cavalry units of U.S., Free French, and British armies. Many developing nations also continued to use the M8 after the war.