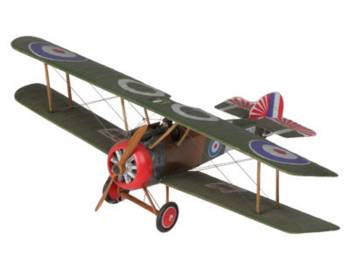 #95-04190
$10.95
This item is currently Out Of Stock
Pre-Order Now and we will dispatch your order the moment it becomes available.
Scale 1/ 72 Brand Revell Overview

This very manoeuvrable British fighter plane appeared on the Western Front in July 1917 and soon demonstrated its superiority over the German fighters. Over 5,500 were produced. Manfred von Richthofen was shot down by a Camel in April 1918.