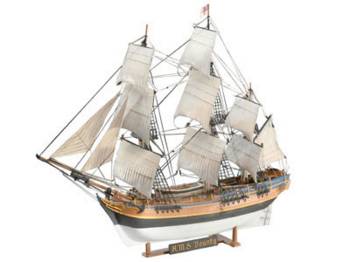 One of the most famous vessels in maritime history is the HMS Bounty, a sailing ship that became known for the bold mutiny that took place on board. In 1787 Captain William Bligh was ordered by King George III to bring bread-fruit trees from Tahiti to the West Indies in the Bounty.

Captain Bligh ruled with an iron hand and continually reduced the rations of his crew. On 28th April 1789 the famous mutiny occurred. Bligh and 18 of his henchmen were set adrift in a boat but, after a veritable odyssey of a voyage, succeeded in making their way back to England.

The rest of the crew decided to remain in the region and settled on Pitcairn Island, far from the shipping routes. To prevent discovery, the Bounty was ultimately burned by her former crew in 1790.