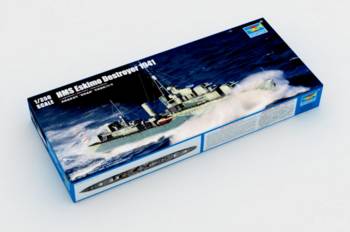 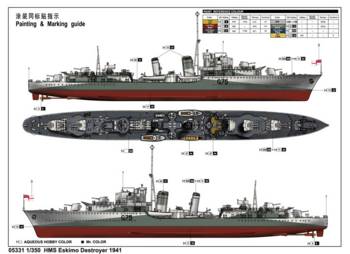 Eskimo participated in the Second Battle of Narvik in April 1940, supported the Allied landings in North Africa in November 1942 and served with the 10th Destroyer Flotilla at Plymouth. It attacked and sank the enemy German submarine U-971 while in company with the Canadian destroyer HMCS Haida and a Liberator aircraft of the Czech air force in the English Channel north of Brest on 24 June 1944. During the final days of the war, it operated in the Far East. For most of the spring of 1945, she was employed in operations south of RamreeIsland (Burma) where odd parties of Japanese were holding out. ESKIMO and other Tribals later joined up with Force 61 to intercept and destroy what was left of the Japanese surface fleet.

HMS Eskimo was reduced to an accommodation and headquarters ship for minesweepers, wreck-disposal vessels, and salvage craft clearing the Thames and Medway estuaries in 1946. It was used as a target ship in the Gareloch, sold for scrap on 27 June 1949 and finally broken up at Troon.