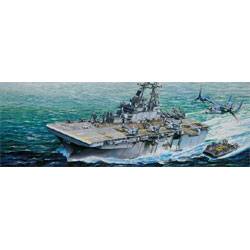 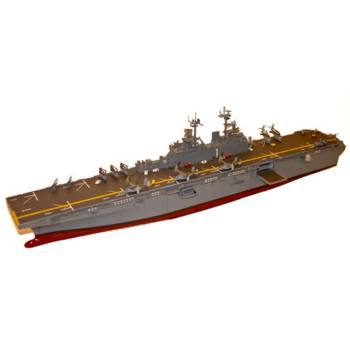 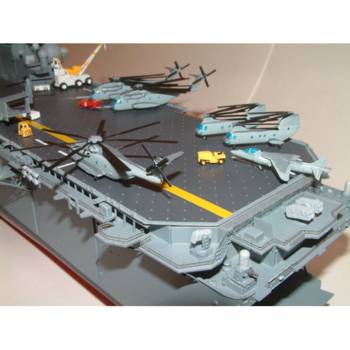 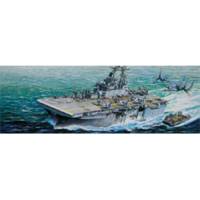 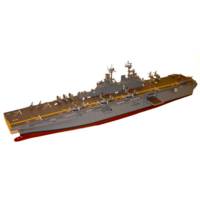 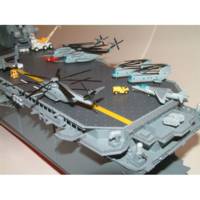 #TR 05611
$239.00
This item is currently Out Of Stock
Pre-Order Now and we will dispatch your order the moment it becomes available.
Scale 1/350 Brand Trumpeter Overview

These are the words of Sherman Collings, noted model builder, historian and expert on military aircraft and ships, with models he built on display at the Smithsonian Institution.

"Absolutely incredible! Bursting with nearly 1,000 meticulously molded parts, Gallery Models USS Wasp (LHD-1) is the only 1/350 scale kit of its kind. It’s the first ship designed to accommodate the US Navy’s new Landing Craft Air Cushion assault hovercraft (LCAC’s)… there are two LCAC’s waiting to be built in this kit. The Wasp kit also includes 16 aircraft (helicopters and V/STOL fighters)… each a complete kit in its own right."