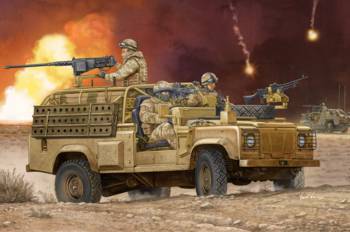 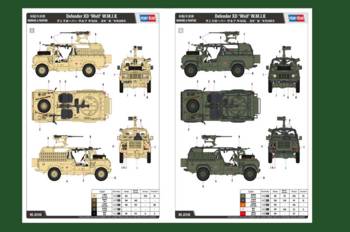 
“Wolf"Is British Land Rover, "" Guardian of the military version of the off-road vehicles. With light (TUL) and Medium (TUM) vehicles, TUL is based on the short wheelbase of the "Guardian" 90 developed and TUM by the "Guardian" 110 basis.

WMIK (weapons carrier) is a TUM variant, used for reconnaissance and fire support. WMIK installed a roll cage and cage-shaped weapons base. A typical configuration would be carrying a weapon 12.7 mm heavy machine guns, 7.62 mm general purpose machine gun (GPMG), if necessary, can be equipped with "Milan" anti-tank missiles, weapons mounted on the rear of the rotating body on the seat in front of the co-pilot position to install a generic machine gun (GPMG).

In the latter part of the end of 2006, MoD procurement HK company began production of the car 40 mm light automatic grenade launcher (ALGL), can be anti-1.5 km-wide targets, firing rate of 360 per minute sent. They deployed in Afghanistan's WMIK installed on the vehicle.