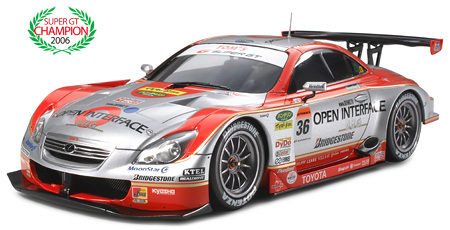 Toyota introduced the Lexus SC430 as the successor to the Supra for the 2006 Super GT. Driven by the duo of Juichi Wakisaka and Andre Lotterer, the team?s best finish thus far was winning Round 1 at Suzuka Circuit. Consistent performances kept the team among the title contenders, and it all came down to the final race of the season, Round 9 Fuji. A 4th place finish was just enough for the team to squeeze past its rivals and claim the 2006 Super GT Championship by the slim margin of one point.