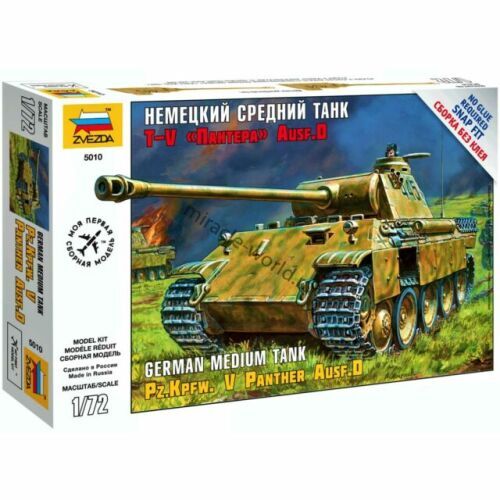 The Panther is a German medium tank used during World War II. This combat vehicle was designed by MAN in 1941-1942 as the main tank of the Wehrmacht. The Panther was armed with a smaller gun than the Tiger and was considered by the German classification as a tank with secondary weapons (or simply a medium tank). In the Soviet tank classification, the Panther was considered as a heavy tank, and they referred to it as the T-5 or T-V. The Allied forces classified it as a heavy tank too. The combat debut of the Panther was the battle of Kursk in July 1943 and subsequently tanks of this type were widely used by the Wehrmacht in all European theatres until end of war.