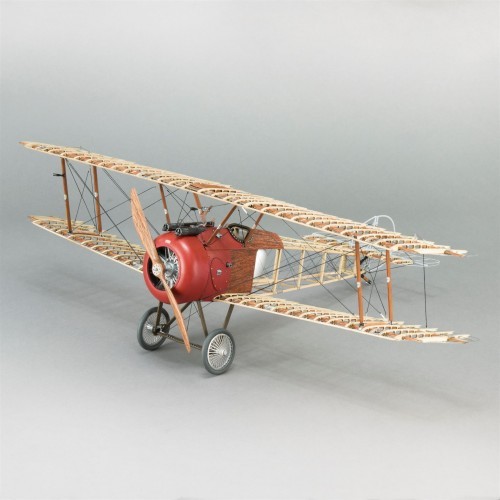 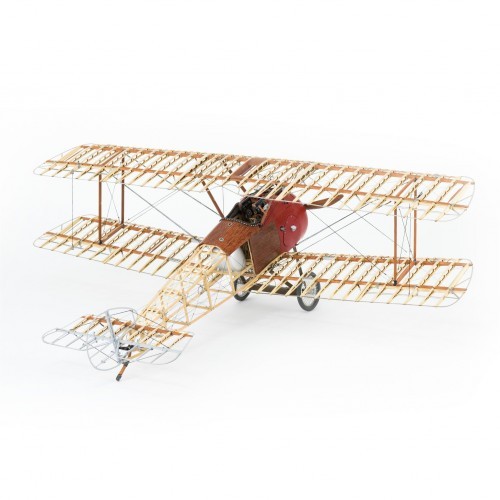 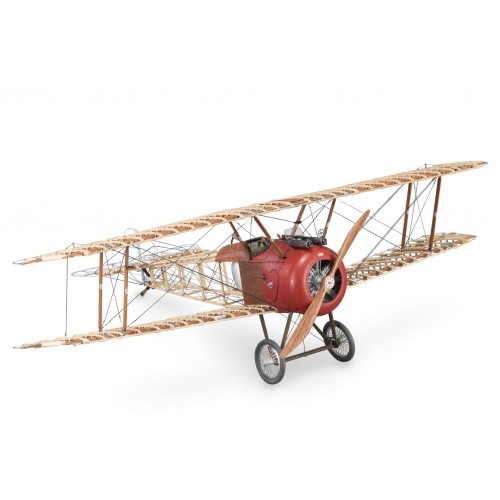 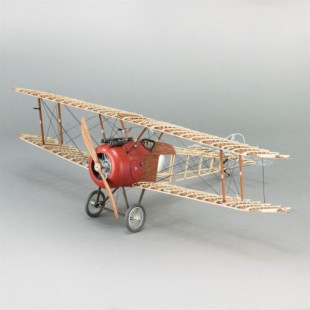 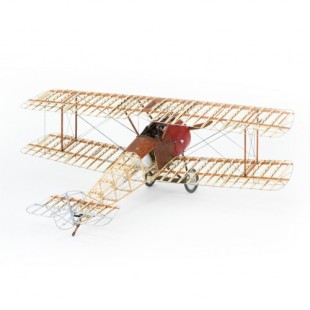 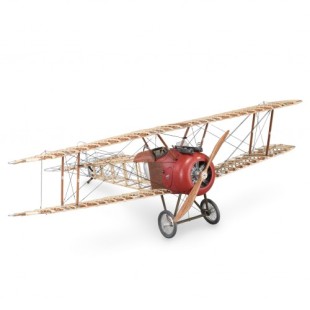 Fighter model made of wood and metal of high quality, faithful reflection of the biplane of World War I belonging to the side of the allies. Birch wood and board in sapelly. Die cast and chemical cut in steel. Scale 1/16. Once finished, the model is 20.86'' wingspan, 14.17'' length and 6.69'' height. Don´t hesitate to build this excellent model!

Discover the English warplane or British biplane fighter of the Royal Flying Corps used by the Triple Entente during the development of the World War 1, among other war conflicts.

The Sopwith Camel was a prohibitive fighter for novice pilots, however, it was one of the most popular fighters of the so-called War of the Kaiser and the favorite mount of many allied allies.

The first order to the factory of this fighter required the use of the 130 hp Le Rhône engine, but later the contract awarded to Sopwith requested that the Clerget 9B be installed as a motor.

The machine gun engines were very powerful. Between July 4, 1917 and November 11, 1918, the Sopwith Camel shot down a total of 1,294 enemy aircraft, although later studies by British writer Chaz Bowyer reveal that the total incursions of the fighter Sopwith Camel caused around 2,800 victories , a figure much higher than that achieved by another plane during the entire war. Only the German triplane Fokker Dr. I of the Red Baron overtook the Camel in maneuverability.

Build your 1/16 scale model of the British biplane & fighter that participated with the Entente Powers during World War 1: Sopwith Camel. The manufacture of the model makes its design very reliable to the real old plane.

It is a wooden and metal model of the British airplane with a scale 1/16, very compact and it has numerous details. Faithful replica of the original even with the same materials: wood for the structure and for the wings.

Suitable for exhibition in any dependency even having a large scale for its compact measures. In addition, the Sopwith Camel scale model has the best and most detailed multimedia instructions on the market with 8 languages ​​on DVD: video tutorials and more than 1.000 photos that teach you precisely all the steps to build this fantastic model, that is, up to Get a museum quality model.

It has unique high quality details, and it includes a fantastic BONUS that will make you fall in love with this magnificent piece: beautiful methacrylate stand with the name of the plane, brass and steel engraving, injected metal parts, cockpit details, metal structure and wings made of wood, without forgetting the poster of the plane to scale 1: 1. The model is easy to build and has more than 700 pieces.