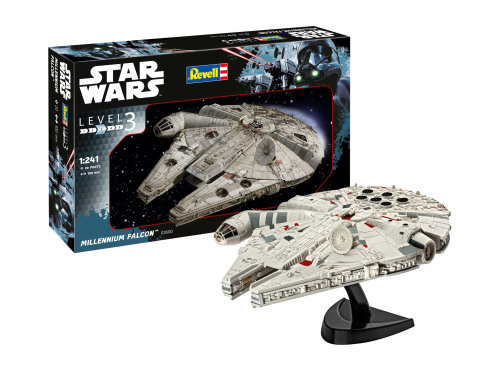 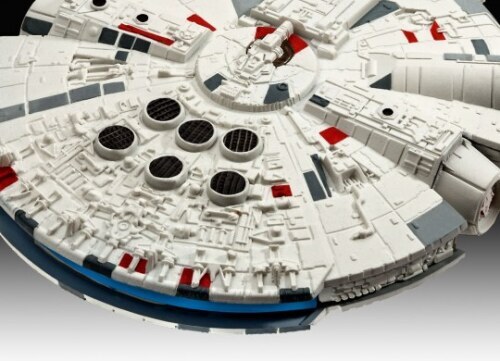 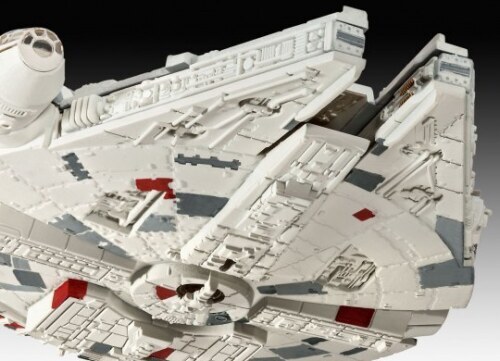 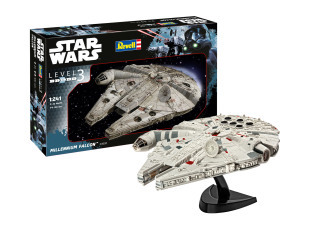 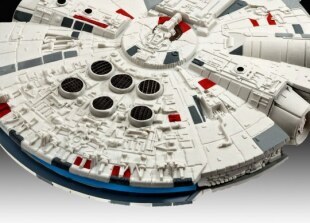 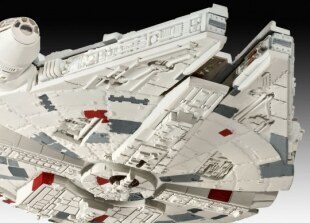 Millennium Falcon as a model kit known from many Star Wars films.

This Corellian transport ship is one of the fastest and best equipped ships in the galaxy. The Millennium Falcon may look old and scrapped, but constant modifications make it special. The Falcon played an important role in the destruction of both Battlestars and is probably the most famous ship in the galaxy. Inside the twenty-seven meter long ship isa hyperdrive that makes the ship almost twice as fast as any Imperial star cruiser. The heavily armored Falcon has an illegal sensor bank that can detect distant Imperial ships before they notice the Falcon. In combat, the ship competes with the most advanced Imperial deflector system, two quad laser cannons and two disruptors. The Millennium Falcon is used in many Star Wars films and is available here as a detailed model kit from Revell.