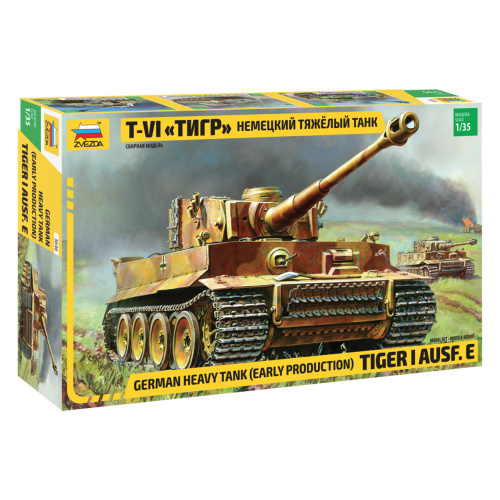 The heavy tank Pz. VI Tiger was designed in 1942 by Henschel Company and up to it date remains a symbol of German tank power even with just 1354 vehicles produced. As of the date of designing it was the most powerful vehicle by its weapons and armor among all tanks in the world: its frontal armor was 100mm thick, the 88mm gun rebuilt from the famous German anti-aircraft gun Flak 36 plus a precision sight offering accurate firing over long distances allowed Tiger units to destroy complete columns of Allied armor up to the end of the war.