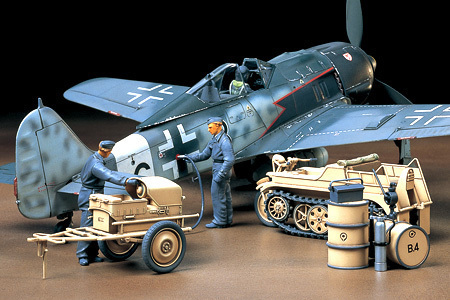 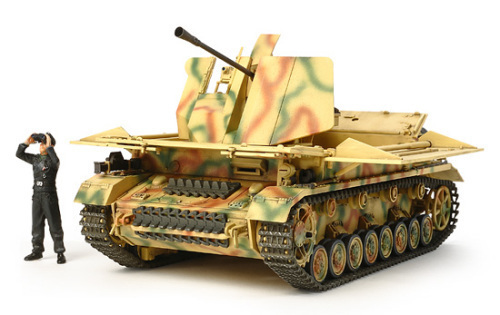 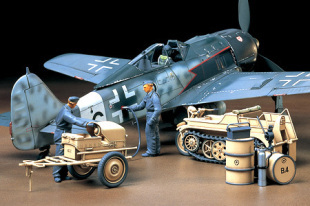 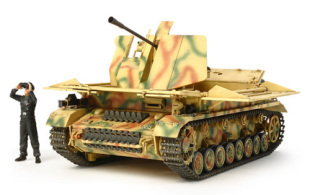 This kit is perfectly suited to displaying alongside aircraft models, as it features a WWII German Kettenkraftrad with a power supply unit used with Luftwaffe airplanes. The set also includes two engineer figures that may be posed charging an aircraft battery. Many photos from wartime Germany show the power supply unit installed on a two-wheeled cart that could be easily towed. The Kettenkraftrad was a unique half-track motorcycle that was used for a variety of purposes, including towing and servicing aircraft.

A Mover That Packs a Punch

At the later stage of WWII, Wehrmacht developed various anti-aircraft vehicles, and the Möbelwagen self-propelled gun was the first to combine a Panzer IV hull with a 3.7cm Flak 43 cannon. The armor plates of the vehicle's superstructure could be lowered to afford unimpeded gun rotation. They were mainly deployed on the Western front and proved effective against low-flying Allied fighter bombers. 240 examples were produced until the end of the war. 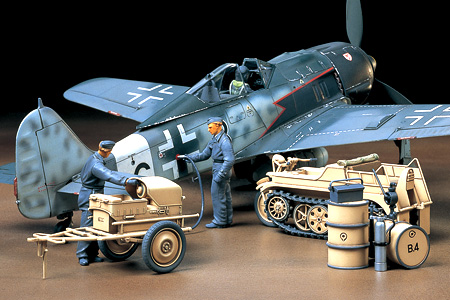