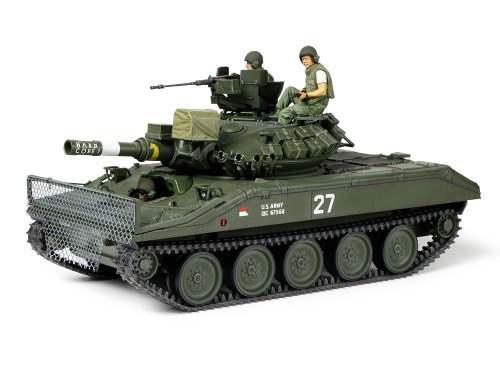 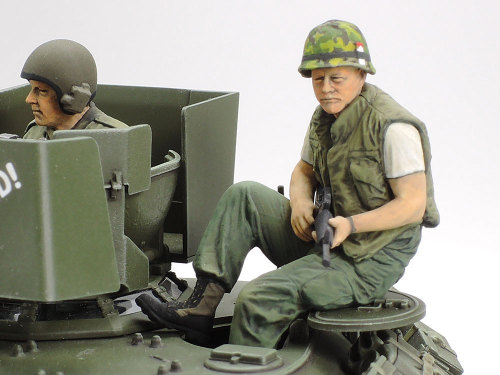 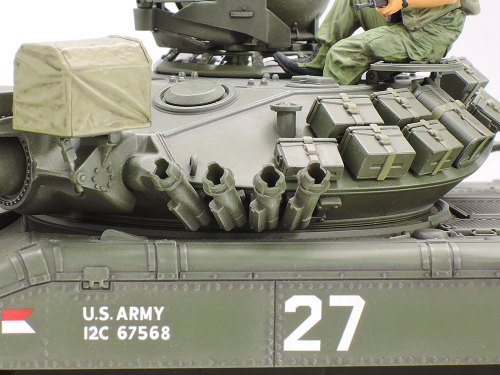 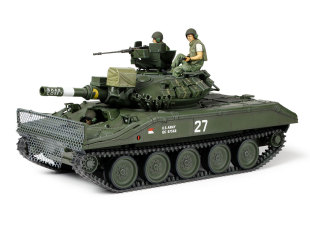 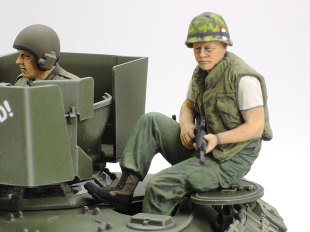 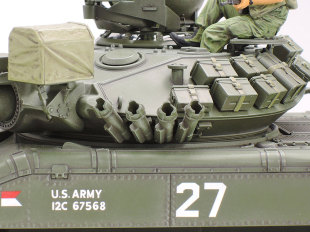 #T35365
$81.95
This item is currently Out Of Stock
Pre-Order Now and we will dispatch your order the moment it becomes available.
Scale 1/ 35 Brand Tamiya Overview

Vietnam Campaigner
The lightweight M551 Sheridan was designed as an airliftable tank, a cutting-edge design with aluminum alloy hull and powerful 152mm gun/launcher. Work began on it in 1959, and it was officially adopted in May 1966, with 1,600 produced by November 1970. Its first taste of live action came in the Vietnam War, fulfilling both shelling and offensive roles in a punishing environment, and it would also go on to serve in the Gulf War conflict. Experience taught valuable lessons on the use of the Sheridan, and led to reinforced armor to combat land mines, while some were given a wire netting RPG screen for protection from anti-tank rockets, and even the large gun shield from the M113 ACAV.