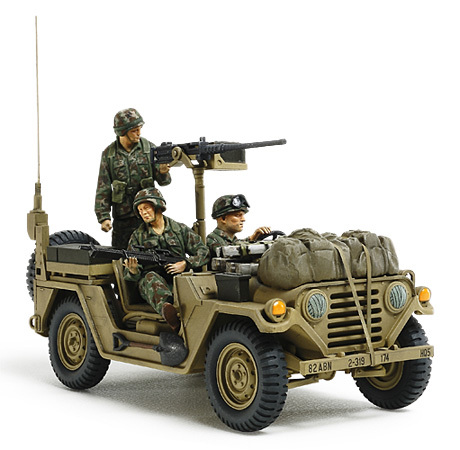 Used as a successor to the Jeep in the post-WWII U.S. military, the M151 was a versatile vehicle that was built around a semi-monocoque and utilized 4-wheel independent double wishbone suspension. The M151A2 first appeared in 1972 as an upgraded version of the long-serving M151A1, and took part in large numbers in the 1983 U.S. invasion of Grenada. During the operation, many M151A2s did without their front windshield, and kept equipment on the bonnets, with their firepower being provided by an M2 heavy machine gun.