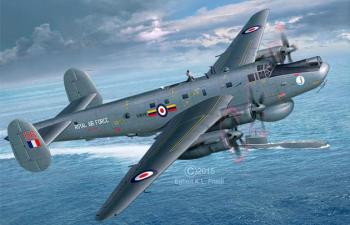 Model construction kit of the Avro Shackleton, one of the most famous long range maritime reconnaissance aircraft. Developed in 1971 the AEW.2 version received a large radome and was used in service by the RAF.