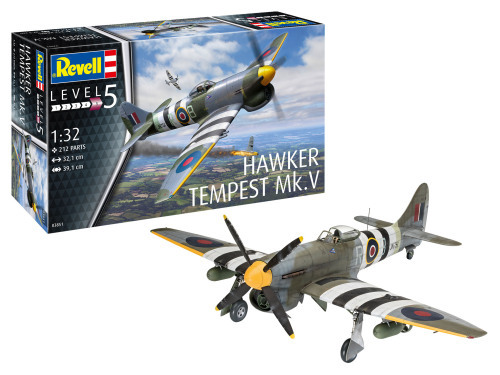 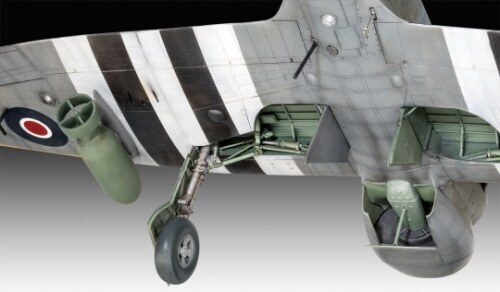 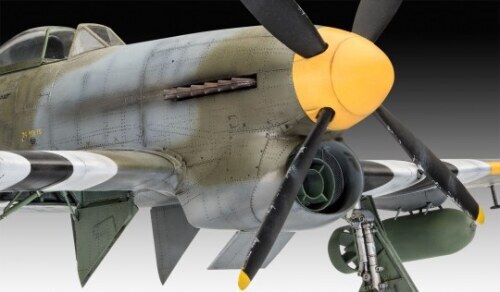 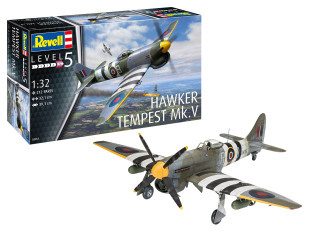 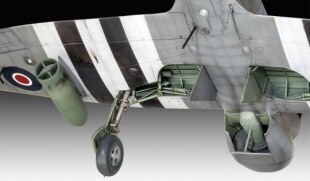 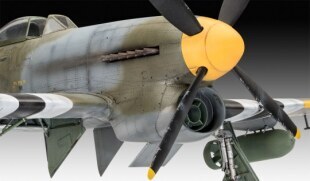 If you like tea, biscuits and modelling, you can't miss this classic British fighterﬄplane. The 1:32 scale model of the Hawker Tempest Mk. V fighter from Revell impresses with its precise engravings and rich detail. Bring the English answer to German steel engines and retaliatory missiles to life on your hobbyist's table!

The Hawker Tempest made the Axis engineers' hair stand on end during the Second World War.

With some 800 models built, the MK V of the Tempest series established itself from 1944 onwards as the most powerful fighter or fighter-bomber of the Allied powers. As one of the fastest fighterﬂuges of the Second World War, the propeller-driven Tempest V was able to hold its own even against the German jet fighter Me262.

It became famous as the "V1 fighter". With a top speed of up to 696 km/h, this Jagdﬂugzeug was able to track and shoot down Marschﬂugkörper before they could do any damage 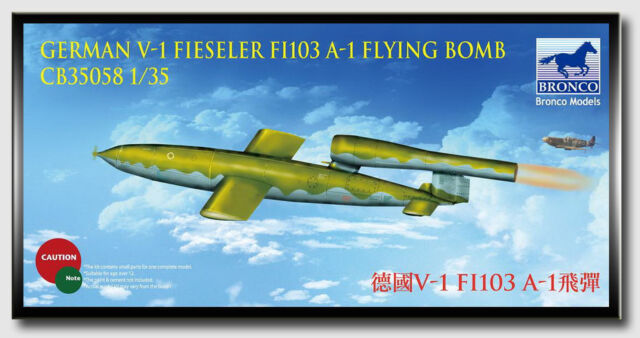