The Diamond T Tank Transporter was a heavy tank transporter, used in World War II and the following years. Designed as a heavy prime mover for tank transporting, the Diamond T 980 was the product of the Diamond T Company in Chicago. The Diamond T 980, a 12-ton hard-cab 6x4 vehicle which proved to be one of the most successful and memorable in its class. Powered by an 895 cu in ) Hercules DXFE OHV inline six diesel engine developing 185 bhp proved capable of the task of moving the heaviest tanks then in service. It had a four-speed manual constant-mesh transmission plus a similar three-speed auxiliary gearbox, for a total of twelve forward and three reverse speeds, and airbrakes.

A winch of 40,000 lb (18,000 kg) capacity, chain driven off the auxiliary transmission and intended mainly for hauling damaged tanks aboard trailers, was mounted behind the cab.

This combination unit consisting of the M20 tractor and M9 24-wheel trailer is referred to as the M19 tank transporter. In the nomenclature system used by the U.S Army Ordnance Corps Supply Catalog this vehicle is referred as the G159. It was superseded by the M26, which would use the same Hall Scott 440 engine. After the introduction of the M26, the U.S. relegated M20s to ammunition hauling, for which they proved "tremendous". 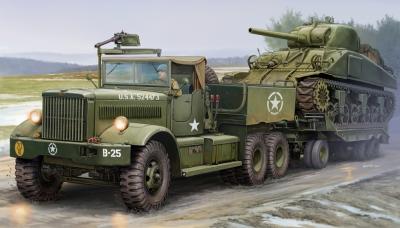 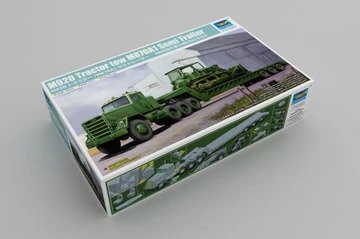