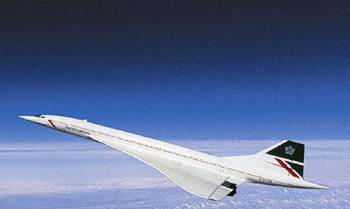 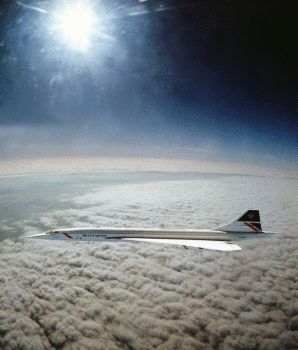 
The Angelo-French super-sonic airliner is one of the most spectacular aircraft dvelopments of the last few years. The first flght of the British Aircaft Corporation and Aerospatiale joint production was on 2nd March 1969.

Passenger flights started operating at the beginning of 1976 (transatlantic and middle-east routes). The Concorde has four Olympus 593 engines (17.000 kp thrust each) and achieved a maximum crusing speed of mach 2,04. Range: 6.580 km, passenger capacity 128-144.