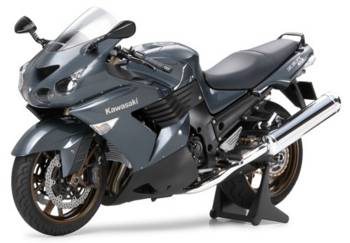 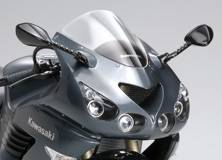 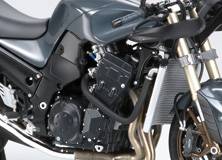 The Worlds Most Powerful Sports Motorcycle

With its debut in 2006, the Kawasaki ZZR1400 (also known as the Kawasaki Ninja ZX-14 outside of Europe and Japan) was given the name "The Open Class King".

Loaded on an? aluminum monocoque frame, the ZZR1400 is powered by a thumping 1352cc four-stroke, DOHC, inline four engine which pumps out an impressive 190hp.

Without needing to say anything about the bikes impressive top speed and its rock solid stability at such speeds with superb handling to match, it produces the highest performance in every situation, which is the aim of Kawasaki's flagship motorcycle.