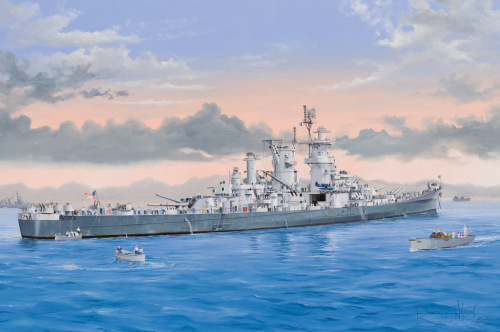 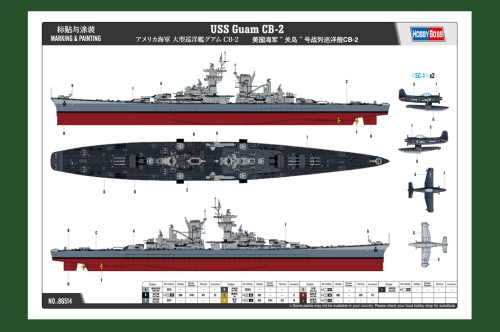 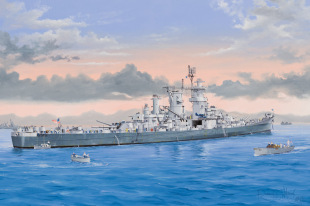 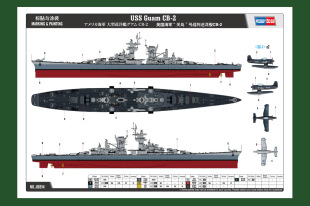 USS Guam (CB-2) was an Alaska-class large cruiser which served with the United States Navy during the end of World War II. She was the second and last ship of her class to be completed. The ship was the second vessel of the US Navy to be named after the island of Guam, an American territory in the Pacific. Due to her commissioning late in the war, Guam saw relatively limited service during the war. She participated in operations off Okinawa in March–July 1945, including providing anti-aircraft defense for the carrier task force and conducting limited shore bombardment operations. She participated in sweeps for Japanese shipping in the East China and Yellow Seas in July–August 1945. After the end of the war, she assisted in the occupation of Korea and transported a contingent of US Army troops back to the United States. She was decommissioned in February 1947 and placed in reserve, where she remained until she was stricken in 1960 and sold for scrapping the following year.