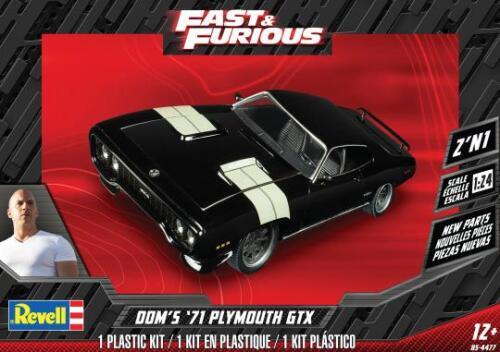 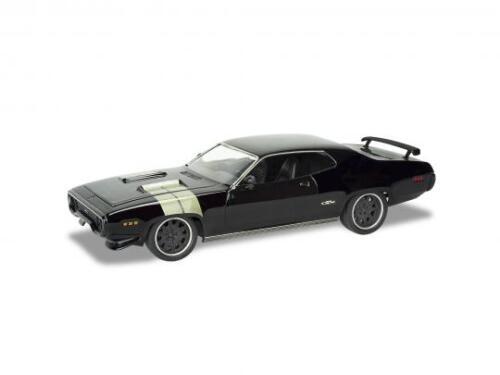 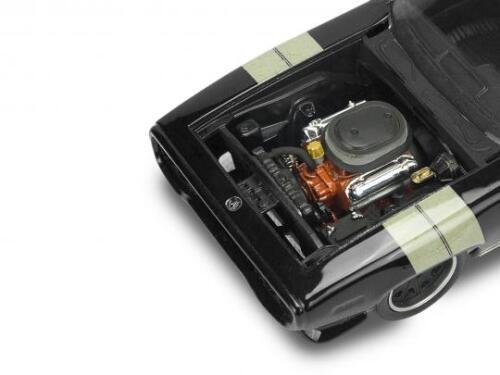 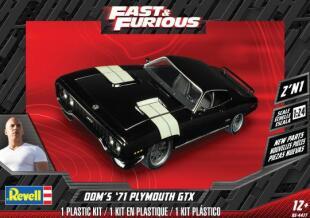 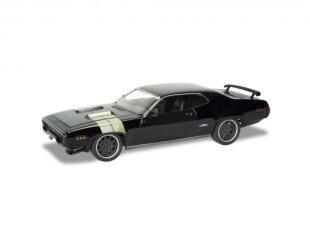 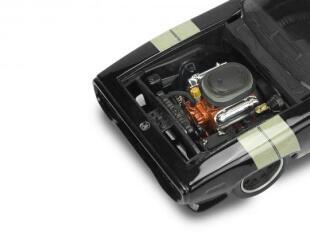 In the 2017 movie “The Fate of The Furious”, Dominic Toretto is not the only hero in the movie, so is his Plymouth GTX. This is a familiar scenario for the Fast & Furious™ movie series. It has become not only Universal’s number 1 franchise, but also the 6th highest grossing series of all time at over 5 billion in sales.  The Plymouth GTX first appeared in 1967 as a model of the Satellite and continued until 1971. In 1971 it had 3 engines choices available including the 440 “Six-Pack” pumping out 385 horsepower. It benefitted from a special camshaft, stronger valves and big-port cylinder heads. Sadly only 3,000 GTXs were made in 1971.

• Choice of 2 different carb set-ups including the “Six-Pack”.

• Molded in white and clear with chrome plated parts and soft black tires.